Rob Liefeld discusses Deadpool movie. W00t! I really, really hope this movie goes well; and at least right now it looks like it's moving along!

And speaking of Deadpool, this little comic cracked me up. In part for Wolverine's posture and expression, which are so perfect for the dialogue. Hee.

And speaking of Wolverine, Peter David uses Wolverine: First Class to express his opinion of people who watched the Wolverine movie rough cut before the film came out. 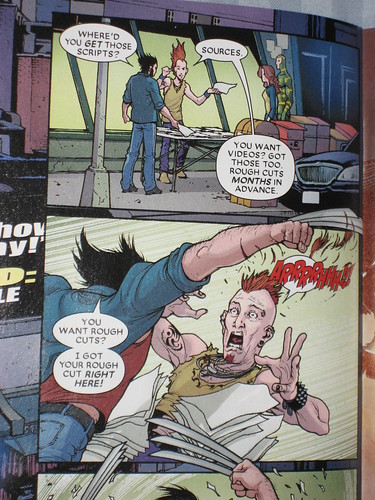 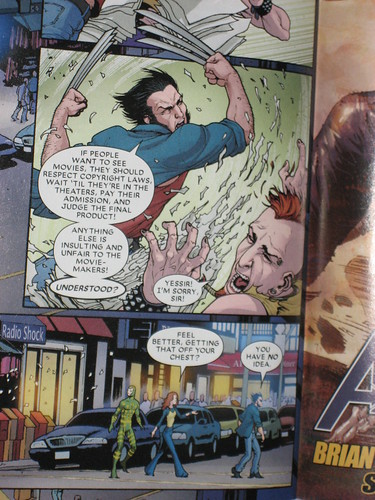 Hee! While I also happen to agree that watching the rough cut is pretty dumb, both because it's a pirated thing and (more importantly to me) because people go in knowing that they're not getting the Actual Movie Experience and still judge it and/or complain about it anyway, even if you don't agree, I think he was pretty clever in the way he used Wolverine to say what he wanted to say. Heh.
Collapse